2022 Toyota Venza Next-Gen Goes Hybrid: Rumors, Specs, and Release. An interesting story is coming from Toyota. The all-new 2022 Toyota Venza will arrive as a two-row hybrid SUV. To be honest, no one predicted that this would happen, but Toyota transformed its Venza to a mid-size hybrid crossover with five seats. Venza was discounted five years ago due to not so great sales. Now, five years later, Toyota is returning this nameplate.

It will be a new-gen model with plenty of novelties. It will ride exclusively on hybrid power, and it will look more stylish. The interior will introduce more high-quality materials and a higher level of comfort. Venza will fill the space between smaller RAV4 and larger Highlander models.

For 2022, Venza will gain a more modern and upright look. The grille is new, and it is a combination of chrome and plastic materials. Blue badge sits in the middle of the grille, and it reveals the vehicle’s hybrid characteristic. The 2022 Toyota Venza also comes with standard LED headlights and fog lights. To the sides, Venza looks elegant, and its 18-inch alloy wheels are providing sportier appearance.

As for the rear part, LED taillights are similar to the taillights on the Porsche Macan model. As we said, this crossover will slot between RAV4 and Highlander models. Venza comes with a 105.9-inch long wheelbase, and Venza will be 5.6-inch longer than the RAV4 crossover. To compare, models such as Hyundai Santa Fe, Honda Passport, and Ford Edge are all larger than Toyota’s new model.

The interior of the 2022 Toyota Venza will look more stylish than the cabin of the RAV4 model. This is a good thing, but the interior is still far from premium design. Still, some high-quality features are visible at first glance, and comfort is admirable. The cabin is spacious, and it will provide a room for five passengers. The cargo area has been rated at 36 cubic feet of space. Toyota will deliver a long list of standard equipment, including an eight-inch touchscreen.

Venza will feature the latest infotainment system and driver-assistance features. Optionally, a Japanese manufacturer offers a 12.3-inch touchscreen, a head-up display, and a digital rearview mirror. A panoramic glass roof and ventilated seats are in the offer.

The forthcoming 2022 Toyota Venza will feature a hybrid powertrain. Whatsoever, no conventional engines will be in use at all, besides 2.5-liter. This inline-four gasoline will be mated to three electric motors. The system produces 220 hp, and it will deliver around 40 mpg combined.

That, Venza crossover offers an eight-speed automatic transmission and all-wheel-drive system. We forgot to mention that Venza sits on the TNGA platform, the same architecture that underpins the RAV4 Hybrid model. Whatsoever, this hybrid setup is basically the same as the setup in RAV4 crossover.

New 2022 Toyota Venza will arrive as a mid-size hybrid crossover. There will be a room for five passengers, and its price will start at $30,000. Toyota will sell new-gen Venza in the United States, and this model should go on in August 2020. 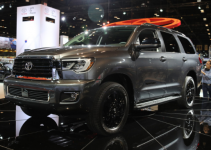 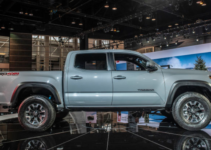 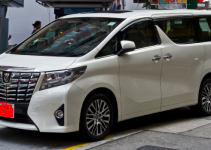