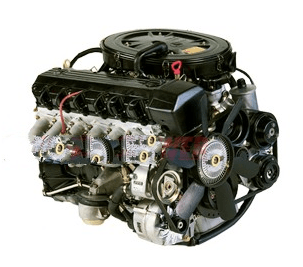 The engine has the light-weight cast iron cylinder block, aluminum cylinder head with two valves per cylinder, a single overhead camshaft, and hydraulic lifters/tappets. There is SOHC setup of the valvetrain for reduction of the engine weight and production cost. Valves are the same as 2.0-liter M102 (consumption valve diameter – 43 mm; exhaust valve diameter – 39 mm).

The engine has a mechanical fuel injection, which is very challenging to change and repair (KE-Jetronic). There is a single-strand timing chain. The M103 was wholly removed from the production in 1993 and replaced by the M104 series 3.0 l engine.

1. Unstable engine speed. Bad injector nozzles cause this extremely frequently and the common concern.
2. Oil leaks. Oil likes to leakage from crankshaft oil seals and the U-shaped front cover gasket. Valve stem seals are not extremely great and can be the reason for high oil usage.