VW/Audi 1.4 TDI EA288 Engine Specs, Problems, Reliability. The new three-cylinder 1.4 TDI engine belongs to the EA288 series. It moved out the 1.2-liter 3-cylinder EA189 engine. But it also able to replace some versions of the four-cylinder such as the 1.6 TDI. The 1.4 TDI uses four-cylinder engine components reconfigured for the three-cylinder layout. That is the example of the new VW development system – modular diesel engine or MDB. 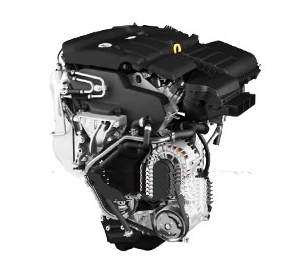 The crankcase or cylinder block is made of gravity-die-cast AlSiCu3 alloy for weight reduction. The new material allowed reducing the weight by 11 kg compared the previous 1.2 l TDI engine. It also almost 27 kg lighter than the 1.6 TDI. The engine has balancing shaft, which driven by a single speed 1:1 gear in the opposite direction to the crankshaft.

The increased displacement was achieved by increasing the stroke from 80.5 mm up to 95.5 mm (the same as the 2.0-liter four-cylinder TDI engine). The cylinder head has the same design as 4-cylinder MDB engines: four valves per cylinder, double overhead camshafts (DOHC).

The issues and problems are the same as four-cylinder EA288 engines have. This engine produces more vibrations due to the three-cylinder layout. The aluminum crankcase is not repairable as cast iron crankcases.