Mercedes M102 2.0L Engine Specs, Problems, Reliability. The M102 engine came out to replace the old M115 engine in 1980. This 4 cylinders engine was constructed completely from scratch. It had brand-new cast iron cylinder block, aluminum 8-valve cylinder head with one camshaft. Late engines (till 1984) didn’t have hydraulic tappets/lifters. The diameter of intake valves is 43 mm and exhaust valve – 39 mm. The 2.0 l M102 from the beginning had the single-strand chain which was really undependable, but from 1987 this chain was changed by a double-row chain, and it operates extremely well. 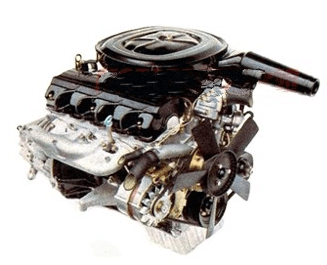 In 1984 engine got new light connecting rods and crankshaft along with hydraulic tappets/lifters and the new oil filter. Together with the inline four-cylinder engine, Mercedes produced the unified as much as possible inline six-cylinder engine – the M103 3.0 L.

The production of the M102 engine stopped in 1994 and maker began producing the brand-new 2.0-liter M111 engine for their cars.