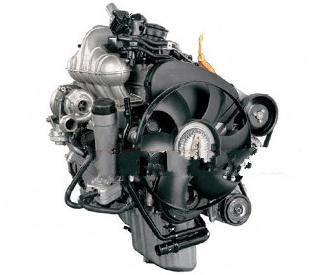 The 2.5-liter TDI CR had some turbo failures, which caused high oil consumption. The 2010 version of the 2.5 TDI CR engine was redesigned, correcting the previous problems of turbo failure. The DPF life is about 100,000 miles. Numerous DPF problems are down to malfunctioning pressure sensing units.