Mercedes M271 Engine 1.8L Specs, Problems, Reliability. The M271 is a series of the inline four-cylinder engines that appeared in 2002. The brand-new generation engine has an absolutely new cylinder block, made of aluminum alloy with cast iron sleeves. There is a balancing mechanism inside the cylinder block. The M271 has an aluminum cylinder head, double overhead camshafts, four valves per cylinder and hydraulic lifters. The engine has variable valve timing system on both intake and exhaust camshafts. 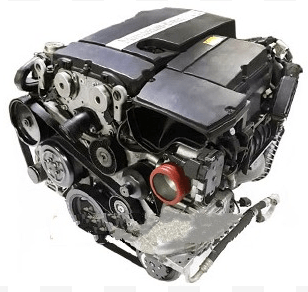 The M271 1.8 L engine has two types of cylinder heads for KE and DE versions (indirect injection and direct injection fuel system). KE and DE pistons are different. The size of the intake valve is 30.5 mm, exhaust – 27 mm. Connecting rods were taken from the M111 EVO engine. The M271 engine has a timing chain and a little supercharger Eaton M65 (Kompressor).

In 2009, the M271 series was updated, and the highlight of these engines became the turbocharger IHI Al 0065/0066 instead of a previously utilized supercharger. The engine control system was altered to Siemens SIM4 LDE.

The broad power series of the M271 1.8-liter engine permitted to change the previous M111 engine series. The M271 family also has a 1.6-liter variation. The next four-cylinder family, the M274/M270, appeared in 2011 and replaced the M271 from the production after a short time.

1. Power loss. That is among the most common problems with the M271, which caused by soot on valve stems.
2. Engine sound throughout fired-up. The engine had an undependable single-stand timing chain and stretched chain produces a great deal of sound.