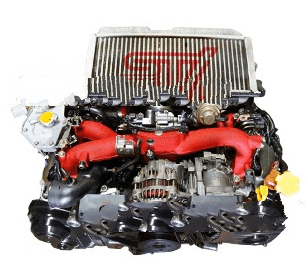 Oil consumption. The reason is stuck rings. That is very common for turbocharged EJ20. It is highly suggested to use high-quality engine oil and fuel. The EJ20 turbo engine is more reliable than 2.5-liter turbo engine due to thicker sleeves and better cooling of a cylinder block.